The report is called 'Named User License Counts' (see picture below with parameters).

I’m not aware of a front end entry point into this report. I also traversed the AOT looking for where it is front facing and I came up with nothing.

You can access it from the backed by going into the AOT\Menu Items\Output\SysUserLicenseCountReport. You then right click on this object and select ‘Open’. This will run the report.

This report is helpful when evaluating how many user licenses a company is actually using. Usually used when a company asks 'How are we doing on our licenses?' or 'Do we really need all these licenses we're paying for?'. This report excludes device CALs which are used for the AX for Retail licensing. You'll have to evaluate those differently.

It reports off the SysUserLicenseCount table based on the date that you entered in the report parameter. Remember that in AX 2012 the licenses are NAMED USERS not concurrent users like previous versions.

The report will provide totals for the user counts as well as:

An example of this report in action would be to look at a type of license (e.g. Functional User) and determining that only 50 licenses are being used but you have purchased 200. You might be able to scale this down depending on why the 200 users were initally determined as necessary. You would want to investigate but this report gave you a hard measurement as to what is needed over a period of time. 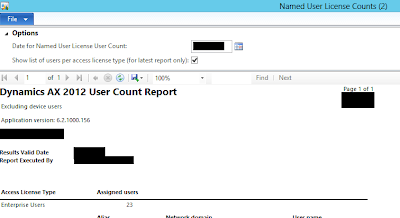 Figure 1- The report when it is printed. I cut it off a the bottom as it looked even more stupid than the one above being redacted that much. 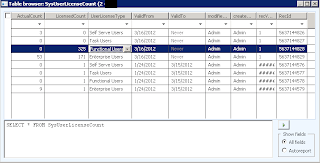