AX 2012 Sales order entry issue: Newly created item is not showing up in item drop down in the sales lines

When initially setting up new items, releasing them to the various legal entities, and finally testing them in the system (like adding it to a sales order), you may notice them missing from the drop down.

Just as an FYI, the item may not be showing up because of two common issues:
Obviously there could be numerous other things that are wrong with the item but the above were two that I encountered while helping someone out recently. This is a small post but it would've helped that person so I figured I would post it.


AX has a feature called Document Handling which allows you attach documents to records within AX. This is extended to almost every table in the system. Within document handling, you can attach notes, emails, images, word docs, pdfs, etc. When you are on a given record, the system will allow you to open the relevant information right from the record. Some modules use Document Handling extensively like AX’s time and expenses. It’s how the system links the images and files for expenses to the actual system transactions.

There are a few things I would like to point out that can create some confusion on this functionality. Opening attached files can be accomplished by selecting the record in document handling and clicking the ‘Open’ button at the top of the form. There is also a check box called ‘Show file’ (Figure 1 below). This box, when checked, will show the attached file in a preview window in the bottom part of the form. 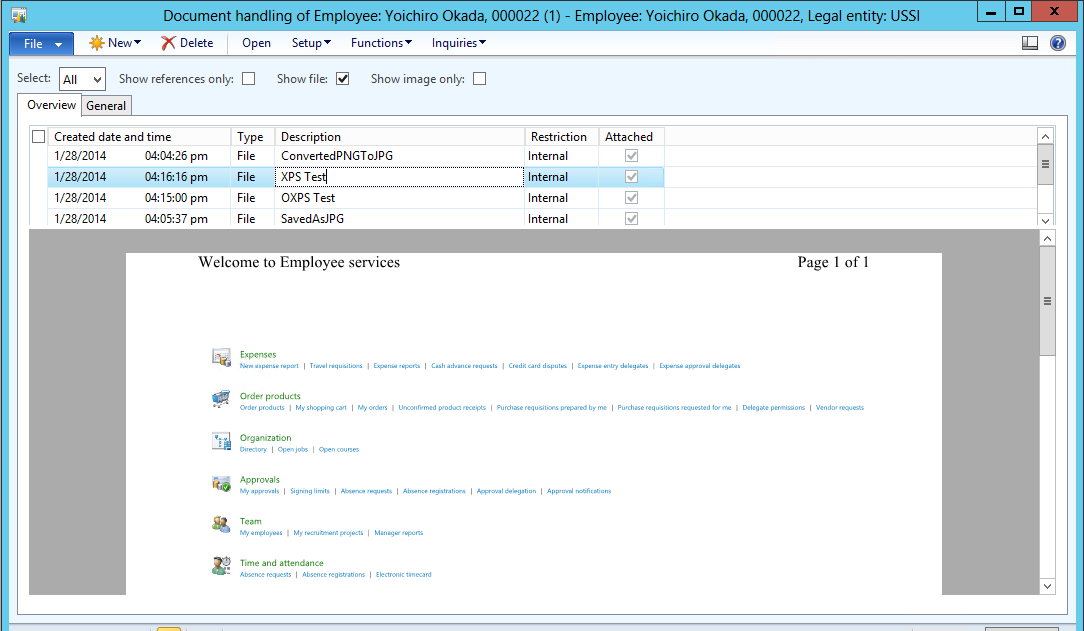 There is an issue with this ‘Show file’ button where some files will not render a preview-able image (Figure 3 below). The reason the files won’t render is because the preview window is an ActiveX HTML control that can only render older file formats. This can often arise as an issue when someone using the system primarily only uses this check box for file verification. They may say something like ‘An attached receipt to an expense can’t be opened’ or something. The receipt may be viewable, just not visible via the preview.

Figure 2 - File image not rendering in the preview window

An Example of some files that won’t allow a preview are OXPS, PNG, and other image files who’s extension is changed (e.g. a PNG renamed to JPG). However, the system will still open all of these files if the server allows it. As an example, in Figure 3 below, the OXPS pops this message up when its opened. (side note: the oxps is not actually zipped when uploaded but the system opens it this way. I think it is stored in such a way it needs to be unpacked but not sure)

Figure 3 - An OXPS file being opened via document handling

When loading documents into the system, I would steer clear of large format files like PDF and JPEG/JPG if possible. Try XPS/OXPS or PNG as the file sizes are smaller (Figures 4 and 5). You will probably need to add these files as acceptable file formats under Organization Administration -> Setup -> Document mangement -> 'File Types' (Figure 6) 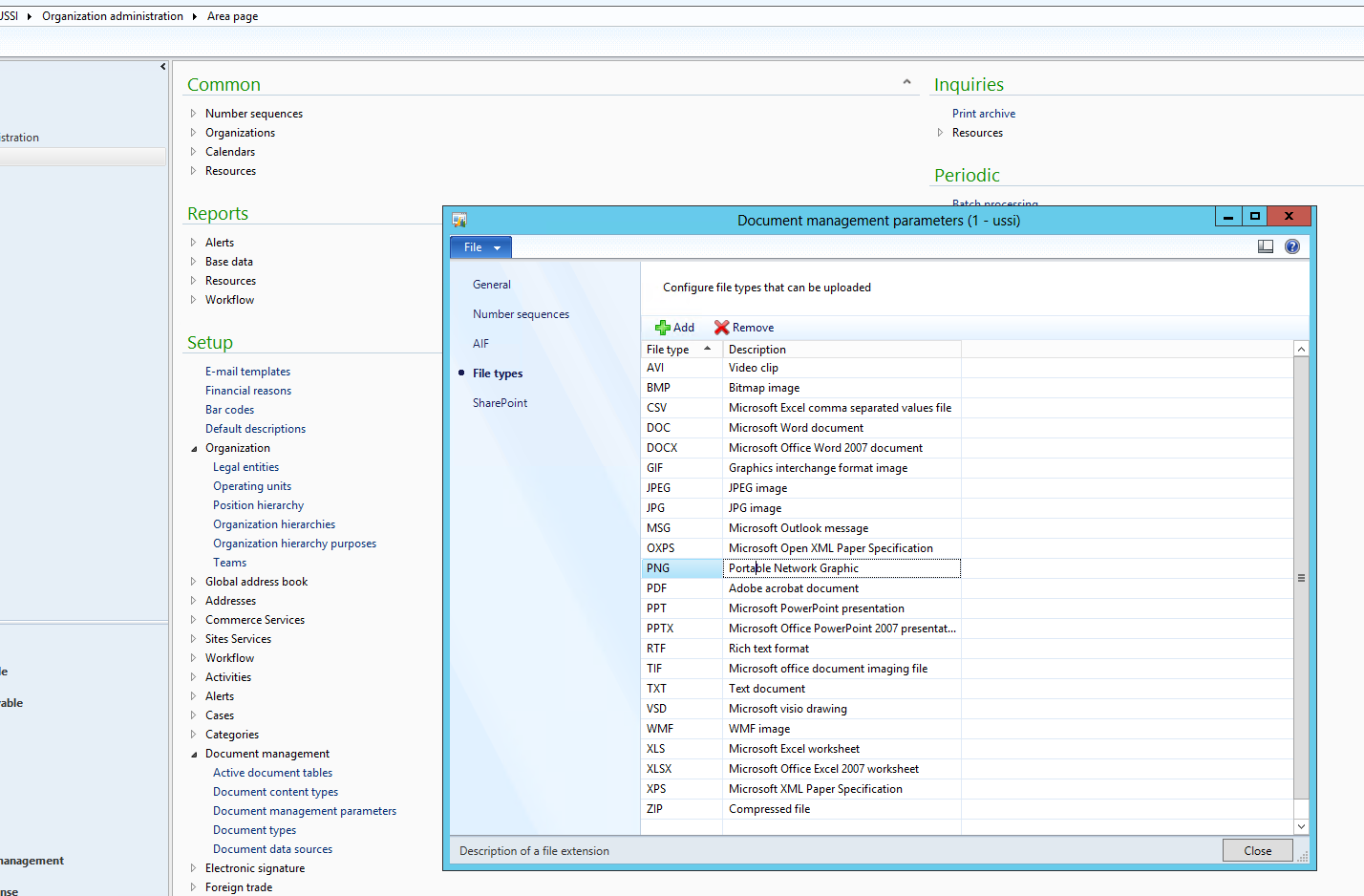 Figure 6 - Added OXPS and PNG to the document handling file types setup
at 2:42 PM No comments: